What Is Chakra And How To Use It For Shadow Clones? Is It Possible In Real Life?

What Is Chakra And How Attain All Chakra Gates? Chakra Is A Inner Power That Every Human Has But No One Has The Potential To Unlock The Ga...

What Is Chakra And How Attain All Chakra Gates?

Chakra Is A Inner Power That Every Human Has But No One Has The Potential To Unlock The Gates Of Chakra. 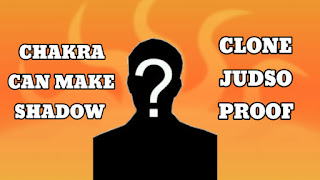 img source: www.onlinesource360.com
Opening The Gates Of Chakra Is Very Hard.Many Saints Say That They Have To Meditate For At Least 20 Years Or You Must Have The Inner Potential For Acquiring Chakra.
so one can not achieve the enlightenment called chakra by simply thinking about it and this knowledge came from the avatar Anime.
so we must work hard to enable chakra which will help you in your important time.
for getting chakra you need to open the gates of enlightenment in your body so that you can use this power  from your body and soul.

Now The Question Comes What Can You Do With All The Gates Opened In Chakra?

If You Are From India Then You Must Heard About Shakti Man Who Used All His Chakra Points As The Source Of Power And Those Were Also Chakra Gates.

Many People Asks Me That Can Chakra Help You To Make Shadow Clones?

The Answer Is Very Simple No.
Because Chakra Helps You To Obtain Physical Strength And Inner Peace.
So It Has Nothing To Do With Mystical Powers.
If You Are Watching Naruto And You Want To Make Shadow Clones Or Make A Rasengan Then Stop Right There Because It's Only A Imagination Character Made By Shonen Jump.

If You Have Watched Avatar And You Are Thinking That Meditation will Help You To Step Into The Avatar Step Then It's Not Possible Too.
people have a mystical desire for getting supernatural power but that's not possible because this is the reality of pout true fate.
there is a problem for the weebs( don't get me wrong). i mean the guys who watches anime a lot then they try to believe that those anime are real and their super power can be used in the real life.
sometimes we try to think that our fantasy can be true if we try hard,m but there are some limits i n this world and that limit is that you can not break the laws of nature.
but i am not denying the fact that it can't be broken but there are limits of breaking it.
you can the break the laws in term of smartness but in term in super power is not true.
there are lots of anime and serials want to make us believe by their theories but try to realise that that are not truer because the sooner you realise the sooner you can overcome it.
i am also admitting that watching animes are not a bad thing but you should at first see the reality.
if you ever think that if these chakra was so powerful to make shadow clones then why have we not seen any ninja who use  these awesome powers to impress are or why we haven't seen superman or why we haven't seen santa claus because they are all fake nothing but stories.
so those die hard fans out there who believes that naruto is a real life anime and it is a real life ninja techniques like judso then remember that this things are not
real.
these things can give you fantasy and also give a good night sleep but remember that these things are not real.
but let me tell you that there's a little amount of chakra in all of us that can be used as a strength boost but not as a mystical power boost so think that there limits.
after surpassing those limit a person become mentally sick. so if you can pass the limit remember yourself and remember who you are so that you never miss yourself from losing.
guys you can achieve it through a lot training and you can also search in all the other places too and they all will say this to you too.
so guys this was ity and if you want more stories uncovered then please subscribe this blog and comment below that how did you liked this blog and many more.
So In Last We Know That Chakra Can Not Be Used For Supernatural Power.

chakra is a belief and people also consider it as a life force energy. there are a lots of monks who believe in chakra.
chakra also come from a good life style.
so the more you are satisfied with the worldly affairs and the more you are physically strong the more chakra you have.
so we can also say that chakra is not there but chakra is there in our life.
but we can not use the chakra the way we want to use it.
if people can use the chakra as it shown in many animes then people will be  lot of stronger then now.
anime are just the imagination of people, for that reason if you can imagine a good story then you can make good quality animes.
chakra is a thing that come from believe too and it is also considered as the immunity system of a person's mind and body which helps that person to overcome his fear and many obstacles that comes in his life.
so guys if you want to know more about this kind of things i mean chakra and more about anime type of things then you can simply comment me and if you want me to share your story that you want me to share them then you can simply mail us as out gmail.
you can find in the contact us option in blogger. so go there and just send us your story so that we can publish it here.
guys if you want then you can send it to your friends i mean you can copy the link from here can just share with your friends if they have curiosity about anime and chakra related stuff.
i will be really happy to help you in anything you want to know.
Supernatural Powers Can Only Be Used In anime Or Movies.
It Does Not Related To Real Life.
If You Are New To My Blog Please Subscribe This Blog So You Never Miss Any Updates For Any Category You Want.
I Hope To Expect Valuable Comments From You.

yours host and dost,
Mr Source