BNCC Story sunderban regiment 2019 img source: www.onlinesource360.com ( taken by cadet jion ) Once upon a time some where in a camp of BN... 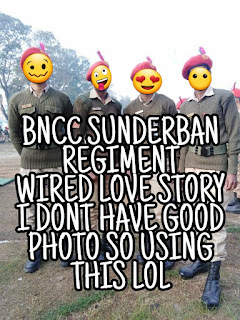 I am a beginner in this story writing and this story has some truth and some imagination.If you like this then please comment how did you liked this story.