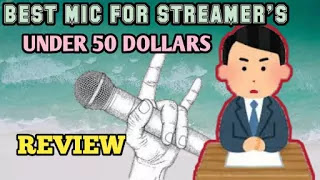 so this socialite mic is made by a very good company named socialite and they make good quality products for i phone, windows and android.
now guys the main feature of this mic which beats boya m1 is that this mic's polar system is omnidirectional and that means that this mic can be used on android, iOS, windows and Linux. so this mic is a good mic that supports all the operating system out there and this mic's budget is under 20 dollars.
so you can buy it easily and in BuyHere currently its price is 19.99 dollars.

as you get less noise from your background your streaming quality also rises if you use this mic too.
so guys now lets talk about how much is its price on online market places? currently on BuyHere it is almost 50 dollars , you can also consider that this mic is very cheap and it helps you to redact noise from your background easily.
it has Ultra-Precise Super cardioid Pickup Pattern so  it can focus on your voice while ensuring that background noises like typing and mouse clicks don’t get picked up.
so guys if you consider this mic it is not a bad mic and you can use it in cheap budget too and guys the connection type of this mic is USB, so you can use it freely.
Number 4:
So in number 4 we have Blue Snowball iCE USB, this mic is now in trending because of its Recording of vocals, create podcasts, and add narration to your home movies and guys this mic is also a unidirectional mic so again it has the same benefit as razer mic.

so guys it has also another advantage and that is when you use this mic on your mac or pc you don't need to download additional drivers. so buy this and start using it as simple as that.it has a frequent response of 40-18 khz so it adds a crisp to your voice as you record a video for YouTube.
it has sample word rate of 44/16 ,
now guys lets talk about the price of this mic so currently it has some variations and types variation goes between 44-47 dollars.
you can check on BuyHere to see more too.
so guys this mic is also in budget so if you want you can also check this mic when ever you want and all this links to see more info about these mic are given in the respective section where i have described about these mic's.
Number 5:
so in number 5 we have Amazon Basics USB Gaming Microphone, guys so if we are streaming online we also want to have a good look of the mic so that the viewers see that our mic looks cool and our voice is also good to hear.
so thinking about that we have decided to add this mic because this mic look soo cool and stylish and this mic is also budget friendly and you can also be a badass using this mic too.

as you guys can see in the picture that this mic looks so cool and stylish.
now lets get on to the features of this mic i mean what can we do with this mic?
so the first feature of this mic is that it has USB so it can be used on any device that has USB.
and moving on we also have omnidirectional recording which means that the accuracy of your voice increases as you move around the mic.
it is powered by 1.5 USB cable,.
this mic is also high sensitive so it can help you to make a good content.
now guys lets talk about the price about how much you can get it on online market places.
so on BuyHere it is almost 29 dollars so it is way cheap and it provides you with a lot of good features for streaming on twitch or YouTube.
so guys this is it for today if you like one of these mic be sure to tell me in the comment section.
and guys don't forget to tell me what you want to know more on our next blog post.
so guys this is it for today lets meet on our next post.
your host and dost,
Mr. Source